Miguel is Managing Director of Equity and Debt S.L.L. Until April 2012, Miguel was Managing Director in Spain for Assured Guaranty (Europe) Ltd., a monoline, covering the Spanish market and the Spanish large infrastructure developers for projects worldwide (ACS/DRAGADOS, CINTRA, FERROVIAL, SACYR, ACCIONA, FCC, OHL, and ABERTIS amongst others) and also was responsible for the relationship with large European construction groups.

From 2003 to 2005 he worked as CFO of Abertis, where he restructured over four billion Euros of debt, issuing bonds in Europe and the US, and managing the group exposition to the interest rates besides exercising the typical functions of a CFO.

Miguel has a vast experience in infrastructure concessions which he started in 1991 with Dragados as Vice-President and member of the Board of Autopistas de Puerto Rico. In 1994 he returned to Spain to join the financial team of Dragados and the following year he was named Financial Manager of Concessions. In 1998 he was named Deputy General Manager, International Finance for the Dragados Group and in 2000, he was named CFO of the Dragados Concessions Division. In this position he participated in the bidding of a large number of national and international concessions, winning and financing concessions in Spain, Canada, Chile, Israel, UK, Argentina, Colombia and Ecuador. He structured financings with banks, multilaterals (BID, IFC, BEI y CAF), with bond issues in the capital markets (USA, Chile and UK), and was responsible for follow-up and administration of the concession’s portfolio. He also served as board member of several concession companies and as Chairman of the Platinum Toll road in South Africa.  Miguel has also been a member of the Board of Directors of two Concessions of Line 9 of the Barcelona Metro, President of a Concessions’ SPV and director of the company of Maintenance of the stations of Line 9 of the Metro Barcelona. Miguel has advised the John Laing Infrastructure Fund on the refinancing of 725 million of Section II of Line 9 closed in October 2019.

Before joining Dragados in 1991, he worked for ten years in the USA in several positions in Bethlehem Steel, the second largest steel manufacturing company worldwide at that time.

As far as education, he attended high school in the French Lycée of Madrid, he graduated from the Polytechnical University of Madrid as a Civil Engineer and he holds two master’s degrees, one in Civil Engineering and an MBA, both from Lehigh University in Pennsylvania (USA) 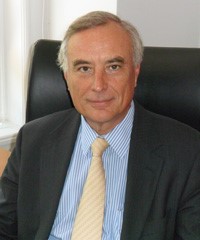 Juan is Partner of Equity and Debt S.L.L. Until January 2012 he worked as Country Manager for Spain at European Public Infrastructure Managers (EPIM), the managing company of the infrastructure investment fund South Europe Infrastructure Equity Finance (SEIEF) which main partners were EIB and DEXIA. Juan Carmona was in charge of the Spanish market. He served as board member of several concession companies and as Chairman of Plan Metro, S.A., a Metro de Madrid rolling stock owner company.

Before joining EPIM in 2006, Juan Carmona was an investment banker in the project finance department of Ahorro Corporación Financiera, the investment banking umbrella for Spanish saving banks, where he advised companies during bid submission and got some successful financial closings and syndications (ie: Alicante – Cartagena toll road or Majadahonda Hospital). 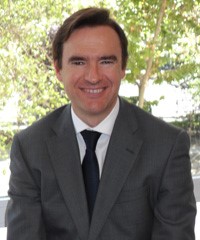